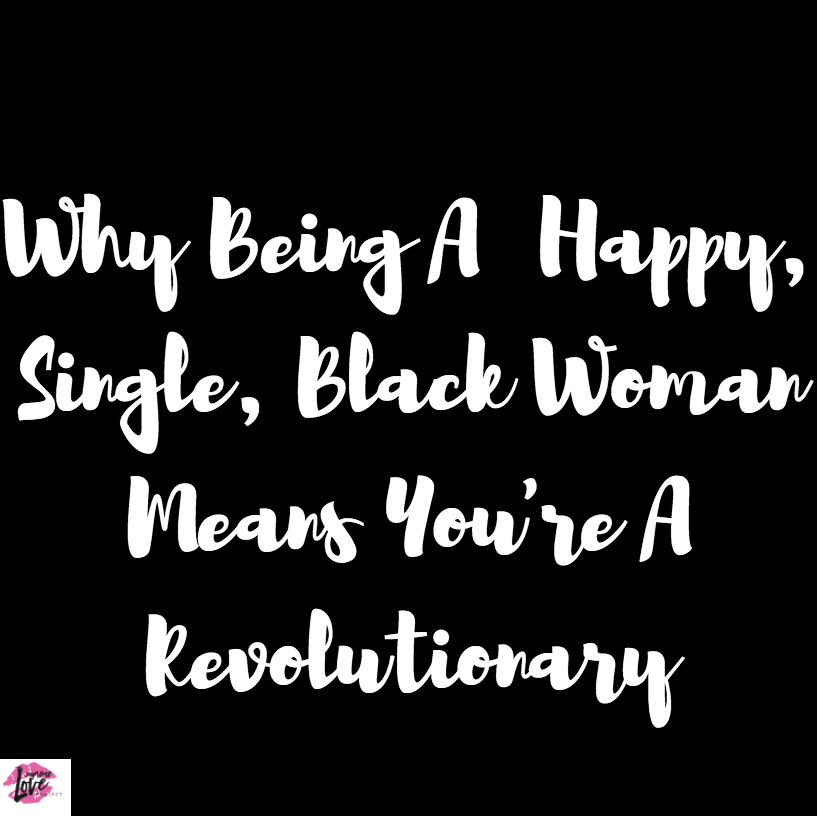 Some time ago I wrote my Open Letter From A Recovering Main Chick. In it, I shared how I am in recovery from a toxic, reactionary lover identity. The Main Chick lover identity is interesting to note. It might be the most desired identity to have and occupy, from the outside looking in. Main Chicks are usually someone’s girlfriend or wife. They’ve been chosen. They get the prize (the title, the man, the kids, the visibility, etc.). However, when a woman is partnered as a Main Chick, she is often detached from herself and distanced from her sense of inherent worth because her identity is nearly solely reliant on the existence and prosperity of a man or child.

This detachment and distancing happen because supremacist patriarchies teach that women are meaningless entities apart from the role of accessories (to men) or producers (of children).

This implicit, normed idea is important to make plain because our society is based on supremacist, patriarchal constructs. These constructs privilege men as normal, right, good, and valuable. These norms construct men of most backgrounds as inherently powerful, rational, normal, reliable, and strong. They also make men very, very, very, very visible and centralized. Supremacist patriarchal ideas call the displacement of men’s centrality in conversations as “abnormal” and even rebellious….evidence of non-compliance with the sidelining rules established for women. Such actions (questioning men or their social positioning, or displacing their significance to any rank other than primary) can render a woman (to some men) as ineligible for attention or partnership.

This implicit (sometimes explicit) threat and positioning mean that a lot of women are raised to place priority on the male gaze. High priority.

From the age of about 2 years, we are prettied up to capture a particular brand of femininity. Although it’s not necessarily consciously done, this brand of femininity  is one that is thought to capture the male gaze. In later years, we are taught to search for measures of our worth in the adoring (or lusting) eyes of men. We are encouraged to learn to read the actions and reactions of men all day long, every day. Women are trained to look for men’s approval to determine many of our next moves in love and life. This training is so thorough and complete, most of us barely know we’re doing it.

The list of accommodations goes on and on. It can change a bit with developmental stages (i.e. age), however…it might not. It might get longer. This is one example of how strong the patriarchy is.

These kinds of reactions and positionings can be happening while women are doing all kinds of other things: getting degrees, raising families, being leaders in churches, mosques, temples, synagogues, writing software programs, starting businesses, caring for the aged, and chronically ill, maintaining their own health, volunteering in the community, fighting fires, building cities, being physicists, engineers, attorneys, or physicians, writing screenplays, sculpting art, and running corporations.

If there is any kind of non-compliance with these patriarchal norms it’s possible that a woman could (for a while) not experience intimacy, not date, not marry, and not have children. This feels really scary because, when left to supremacist patriarchal thinking, in which a woman can only truly be an accessory (to a man) or a producer (of children), this scenario acts as “proof” that one is utterly alone and also useless.

An aside: Regardless of this perception, I truly believe, and know for sure, that before it’s all said and done, any person who sincerely wants to get married and have children can and will. It’s not hard to do at all. That’s another blog though.

Because supremacist patriarchal norms are so powerful, and the gaze so deeply desired, such ends could look and feel like personal, social, cultural, and relational failure. This means that being single can be experienced as a figurative death…a distancing from signifiers of worthiness, value, credibility, even visibility. Add to this being additionally marginalized by race, sexual orientation, physical ability, gender identity, etc. and the result is a real mess.

Unfortunately, we can’t consistently rely on mothers, grandmothers, cousins, big sisters, and aunties to help us establish our worthiness, value, credibility, and visibility outside of these messes. They’re often too busy inadvertently upholding supremacist patriarchal thought in homes, churches, businesses, and communities. They’re also often too busy training future generations in the norms. These women-in-charge want to love and support the girls and women who don’t capture the gaze, those who resist the gaze, ignore the gaze, or avoid the gaze, they just don’t know how. There’s a bunch of really strong low-grade fear for the futures of girls and women who don’t do love and life according to script. As a result, many women-in-charge can’t imagine not pandering to the gaze and not embracing the norms. They also can’t imagine the existence of real, live men who might not align with the aforementioned mandates. They may not even believe such men exist.

When stereotypes, stigmas, and erasures persist against women who move to the beat of their own drums, or, such women are encouraged to settle and accept whatever attention is rendered and whatever offerings for partnership or production pop up in love and life (even if the attention is disabling and the offerings are dissatisfying) and such women choose to pass, and find a different happiness on their way to wherever they choose to go, they automatically set their foot on the path to revolution. It’s a default outcome.

Being a happy, single, Black woman, means you’re a revolutionary.

That means you are changing the world.

That means you are growing the world.

That means you are glowing the world.

That means you’re a revolutionary.

1 Comment on Why Being A Happy, Single, Black Woman Means You’re A Revolutionary