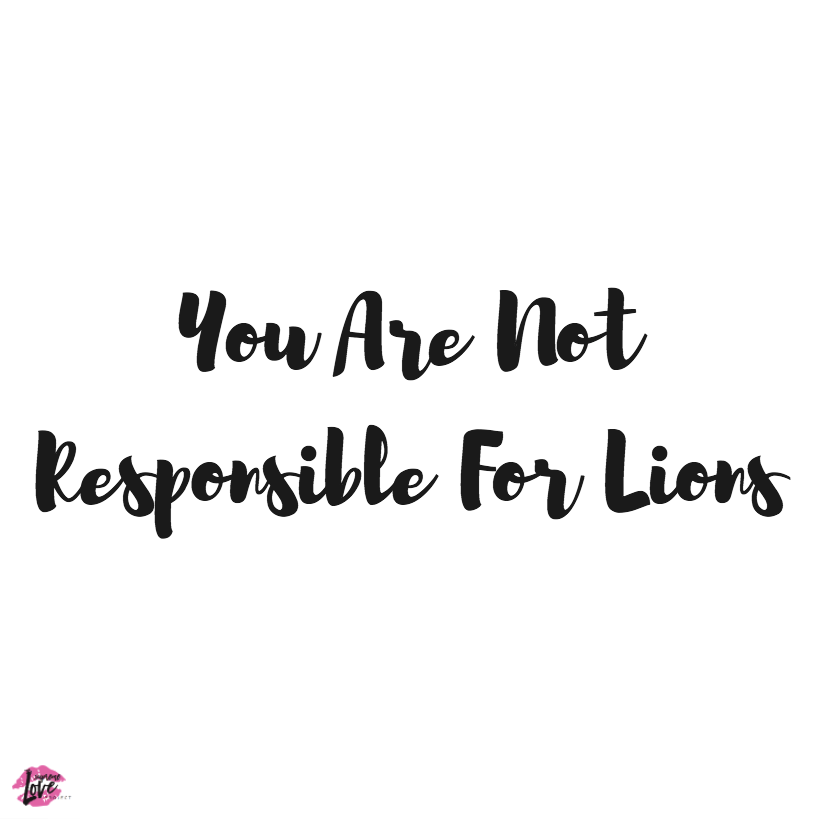 Recently, in the Supreme Love Project Facebook Group, a participant started a thread by asking a question. She posed the question in response to her own reflections on her body and feminine energy and the ways she has perceived being understood and seen in the world. Of her body and energy she asked:

Do you think I need to cover up a little more?

Am I sending out signals for men to abuse me?

When I read this, I wanted to hug this sister.

I also wanted to cry.

This woman’s questions were a direct result of White Supremacist Patriarchal thinking (and Black and Brown Supremacist Patriarchal thinking, for that matter). The ways girls and women are trained to regard our bodies in public and private spaces contributes to the idea that our very being, just being, can be seen as “tempting,” “teasing,” “taunting,” “illicit,” and “enticing.”

As I crafted a response to this sister, I realized this woman’s questions are about lions and gazelles.

A gazelle is a beautiful creature. Gazelles are sleek, swift, and strong. When gazelles graze in the Serengeti, they take their beauty with them. They embody their beauty. The are beauty and it is what it is.

You are not responsible for lions either.

I can share an example of what I mean.

I went to a party once that was hosted by a man I love very much. We had had a falling out and I attempted to make amends. I took my sister as an ally and prepared to enjoy the evening, although I really only went to the party to see him. Since he was hosting, I kept myself busy. I talked with strangers. Snacked on food. Did a little bowling. I eventually sat down and was joined on a bench by a gentleman who struck up random, basic conversation. He spent the next 30 minutes talking to me about relationships, dating, and how he was still in love with his ex-girlfriend. I remember listening and nodding my head a lot. He asked my opinion about a few things. I shared what I thought, wished him the best in his quest to reconcile with her, and the conversation ended. I noticed that the man I was there to see walked by a couple of times and shook his head at me. I didn’t understand why at the time.

A day or two later, the man I went to see called and asked me a question. I don’t remember the specifics of the question. It had something to do with whether or not I led on the ex-obsessed gentleman who spoke to me for 30 minutes at the party. I remember laughing. I thought it was a joke. Then I realized the man I went to see was silent. So, I stopped laughing. I asked if I was being accused of something. I was told the ex-obsessed gentleman had told some people that he was “in” with me and that he could “smash” if he chose to.

I had no personal communication with the ex-obsessed gentleman; we spent the 30 minutes talking about his personal life, not any part of mine. I gave no indication of any invitation to keep in touch. I had not given my number (nor was I asked for one). I had not received a number (nor was I offered one). I didn’t even know the man’s name. So, the idea of what was suggested threw me totally off guard. I was clearly being misrepresented and maligned. I was clearly being used in someone’s ploy for attention and accolades.

Then, after the shock and confusion, I noticed something.

I felt angry…really pissed off.

Because I was also clearly being made responsible for someone else’s fantasies. A persona was being forced on me because of someone else’s insecurities and hangups. I was being held up in someone’s agenda (and I looked really bad in it). So, just like the sister in the Supreme Love Project Facebook group, I started to ask myself lots of questions:

This self-accosting lasted for about 1 day.

I am not responsible for lions.

You are not responsible for lions either.

If someone finds you attractive while you simply exist, sitting in front of that person, nodding your head and listening to a story, you are not responsible for whatever fantasies that may be spinning in their head.

If someone wants to bed you because they like the way you look, or you’re thought to be an asset to their agenda, you are not responsible for whatever maneuvers they employ to do so or how they attempt to frame your character in their efforts.

If someone wants to slander you because of a campaign for popularity and credibility with the opposite (or same) sex, you are not responsible for whatever stories are made up about you (or your clothes, your face, your body, your hair, your gestures, or your energy).

You are not responsible for lions.

Disclaimer: I knew the misunderstandings and miscommunications I had already had with the man I went to see were mixed up inside of my anger. I knew he called and asked me the question because he already felt insecure about my intentions and my feelings for him. However, right now, that’s beside the point.

The point is this:  To all women (and men and them)

You are NOT responsible for lions.

Worry about yourself. Mind your own business. You are not responsible for lions.