To cite Brian Anthony Davis, please use this citation in your work: 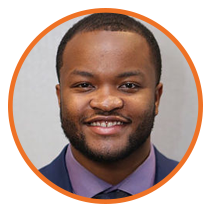 Brian Anthony Davis is an activist, motivational speaker, and scholar. Davis’s most recent work is his Scholarly Paper for The Ronald McNair Scholars program — an explorative investigation of Slavery and Freedom from the 17th Century to emancipation. During Brian’s tenure at The Penn State University, Brian has completed 4 study abroad programs in Haiti, Cuba, Amsterdam, and Australia. He has received over 22 awards for his selfless ethical leadership domestically and internationally. During August 2016, Brian created a yearly publication for Penn State titled, “Penn State Treasure” which is a resource guide for first-year and change-of-campus students.