Advisees
To cite this essay please use the following: 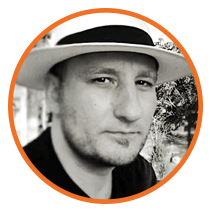 My name is Pauli Badenhorst and I am an advanced doctoral student completing a dual degree Ph.D in Curriculum & Instruction and Comparative & International Education under the auspices of Dr. Jeanine Staples (see 2016) at The Pennsylvania State University. A number of months ago, during a conversation with a group of mentors regarding my research that broadly engages with those interrelated material, psychic, and social tensions surrounding white males doing antiracism work in education, a Black woman scholar on my committee posed the following direct questions: “This is my reaction as a Black woman . . . Can I trust you with this narrative? Can I really trust you with this? Do you really get me?” These questions have unsettled me ever since. What – I keep asking myself – does it ultimately mean for a white person, and particularly a white male (see Jupp, 2013), to do the kind of work, to inhabit space and a body, in a manner worthy of the trust of Black and Brown girls and women? Furthermore, how can I better do the work of hearing, listening to, and aligning myself with the voices of Black and Brown girls and women given the reality that my upbringing and socialization into the discourses of a white supremacist patriarchal worldview has left me with extremely limited exposure to and understanding of what it means to be a Black or Brown girl or woman? To compound matters, the experiences of white women have traditionally been foregrounded in literature pertaining to gender, as has been the experiences of Black men in discussions of race (see Hull, Bell Scott & Smith, 1982). Concomitantly, the voices of Black and Brown girls and women have been largely occluded. What then – bearing all the aforementioned in mind – is my responsibility as a white person, and a white man at that, towards Black and Brown women? Or, to put it slightly differently, what is my responsibility towards getting to know Black and Brown women better as far as the stories they tell and the wisdoms they write? Choosing to live in a state of oblivion and being comfortable with unknowing is, after all, willful ignorance.

And, yet, the onus for educating white people regarding the experiences, anxieties, dreams, fears, and aspirations of Black and Brown women should not rest on the shoulders of Black and Brown women. Consider the wealth of existential energy that is expended by Black and Brown women in the attempt merely to be taken seriously; to have a value attached to their words tantamount with that value accorded to the words of paler-skinned people for whom the privilege of utterance hardly ever warrants a second thought of double consciousness. She continued speaking that day from her experience as a Black woman educator working among a largely white student body: “When I’m in a classroom as a Black woman doing this work, I get all the projection . . . I get the anger, I get the attacks . . . all the defense mechanisms that come into play – the denial! I finish a class and I feel beaten up . . . I had to say to a class last night, ‘Finally, you’re beginning to trust me. Finally!’ I said, ‘I’ve had to go through things with you that I know that if one of your white professors stood here and said these things he would never have to go through’.” Meanwhile, such energy to persuade – and even assuage – white people gets expended at a crucial time when more pressing, historically-grounded, contemporary matters persist. Consider, for instance, the urgency of #SayHerName (Crenshaw, Ritchie, Anspach, Gilmer, & Harris, 2015) or the vibrancy and vitality of Black Girls Rock! (2012). If we are to learn and grow in both knowledge of and relationship to Black and Brown girls and women, white people – myself included – need to earnestly begin reckoning with our responsibility for educating ourselves at a level that pierces the superficial veneer of our self-imagined moral good intentions (see Hoagland, 2007); to invest ourselves outside of ourselves in the stories and wisdoms of Black and Brown women. This observation is especially true for white educators, too, since we often work alongside Black and Brown girls and women in the capacities of teacher and colleague (see Matias, 2016).

In particular, here I wish to center the concerns of Black and Brown girls and young women as students in PreK-20 contexts. In the fall semester of 2016 I taught an undergraduate university course entitled Reading Self and Others as Text: Exploring Hip Hop, Comedy, and New Media to Talk about Race, Class & Gender in Schools and Society. Among others, six Black and Brown young women enrolled and participated in the course: one third of the class – a higher than average ratio for the predominantly white institution where I both study and teach. I recall a particular class discussion one Thursday afternoon – the content of which I do not recall lightly or flippantly. After all, these are matters of profound importance. A young Black woman student – whom I will pseudonymously name Bella – opened up to the class in an extremely personal and vulnerable way. She spoke of the years of self-loathing she had experienced while growing up as a Black girl because she viewed herself as ugly compared to the white supremacist blue-eye-blonde-hair beauty standards (see DiAngelo, 2012, pp. 111-112) she saw flaunted around her on a daily basis. This, of course, is not an isolated experience. In Toni Morrison’s (2007 [1970]) The Bluest Eye, we are introduced to eleven-year-old Pecola Breedlove, a Black girl who – in the midst of a society fixated on a fair, white Shirley Temple – comes to loathe herself and her culture. As the story progresses we increasingly learn about the painful inner torment and trauma experienced by Pecola in her desire to be considered beautiful. The tears of my young Black woman student mirrored Pecola’s torment and trauma and bear witness to a more diffuse social phenomenon known as intersectionality (see Crenshaw, 1991). In other words, the reality that Black and Brown girls and women experience everyday forms of identity violence in direct relation to the double whammy (Williams, 2008, p. 33) of their embodiment as being both of a particular race and gender. Of course, here we would also do well to consider the lived-experiences of non-cisgender conforming Black girls and women (see National Coalition of Anti-Violence Programs, 2011, p. 22).

Bearing the previous account of Bella in mind, it is not unreasonable that some Black and Brown women therefore view white counter-racism efforts with a degree of cynicism and doubt. Too often our reactions to the externalized pain of Black and Brown girls and women like Bella are to attempt to cloak [dis]comfort with a hasty, I’m sorry; to provide simple Band-Aids for deep, open wounds by retorting, But there’s nothing wrong with you; to pity; to don the cloak of innocence and parade the staff of white saviorhood in the misplaced belief that a few kind words can right the deleterious effects of the types of racial violence[s] that infantilize, caricaturize, hyper-sexualize, consume (see hooks, 1992, pp. 21-40), and ultimately dehumanize Black and Brown girls and women. Yet, in spite of all these paltry efforts the question that remains to be answered by wypipo (Harriot, n.d.) is, Do we recognize Bella as beautiful? In other words, Are you and I honestly able to say that Black and Brown woman are worthy to be recognized as ‘beautiful’? The reality is that if we are not convinced by the beauty of variegated darker skin tones of olive, tan, brown and black, ebony eyes and epicanthic folds, Afro-textured hair, and the cultures of weaving and braiding it would be better for us to remain silent since our words would be empty and ultimately void of truth. Of course, this observation also holds true for the manner in which we value the intelligence of Black and Brown girls and women. In a brief yet sobering piece entitled The Pain of the Intelligent Black Girl, young Black woman Hannah Soraya writes: “It seems that intelligent, Black and girl can’t go hand in hand. You must be White, or a man” (WildSpiceMag, 2015). As white educators it is incumbent on us to become woke to and actively aware of the proliferation of micro-aggressions that erode at Black and Brown girls’ worthiness to think and be heard. How would our daily classroom instruction and interactions be challenged and changed if we allowed ourselves to really show interest in and pay attention to the hurts, joys, dreams, and ideas of Black and Brown girls?

The time is long overdue for white people en masse to move from a place of good intentions to a position of active solidarity rooted in deference and humility. Of course, while there are white educators who have and continue to stand in sensitive solidarity with Black and Brown girls and woman, this call seeks to proliferate and intensify such commitment. The current Bank Street special issue entitled We Must #SayTheirNames: Making Visible the Lives of Black and Brown Girls in Schools and Society is an essential, illuminating place to both begin and continue the self-responsible work of decolonizing our hearts and reeducating our minds by carefully listening as we read. Then we should speak: To #SayTheirNames so their vibrant lives can remain visible – and alive – within us and to us.

I extend my heartfelt appreciation to Dr. Jeanine Staples, Dr. Uma Jayakumar, and especially the authors of this special issue for allowing me to work inside this sacred space.       For J.B.

Staples, J. (2016). The Revelations of Asher: Toward supreme love in self (This is an endarkended, feminist, new literacies event). New York: Peter Lang.

Williams, T. (2008). Black pain: It just looks like we’re not hurting – Real talk for when there’s nowhere to go but up. New York: Scribner.