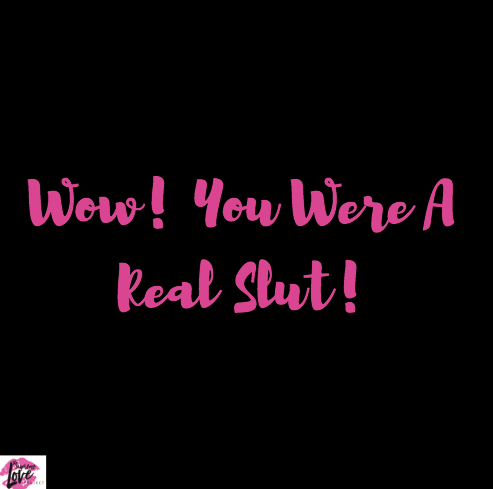 The conversation was not edifying.

Regardless of these performances, one of the new sisters really started to contribute meaningfully to the conversation about t/Terrors. She politely offered her testimony about making it through a particularly painful time in her life. She recalled how she’d spent years sleeping around. She had sex with every man who asked her out, anyone she found attractive at the club, and a lot of the men she worked with. She didn’t care if a man was single, had a girlfriend, or a wife. She drank too much and was a chain smoker. She cried almost constantly, even though she loudly bragged about how nonchalant and independent she was. She felt defensive and argued a lot with friends. She explained that she was miserable, depressed, and self-destructive during those years. After hitting a particular low point (waking up with a stranger for the second time in a week…trying to remember if they’d used any condoms) she decided to make some changes. She left the town she lived in to get away from her pattern and her past. Then, she found some professional help to figure out what was going on in her soul.

I liked her immediately.

It takes a lot of guts to come to terms with such a pattern and more than that to share it with anyone, let alone a group of strangers. I was just about to thank her for her transparency, congratulate her on her recovery, and tell her how dope I thought she was, when the other new sister, seated just to my left, bearing the lover identity of Bitch, chimed in:

Wow! You were a real slut!

She howled with laughter.

I tensed with surprise.

Others’ eyes got wide.

I glanced at the testifier. She softened her gaze, tilted her head slightly to the right, and replied simply:

She didn’t explain further or add any defense. Her tone was simple and clear. There was no drama. I heard no sting. I saw no thrust forward in anxiety. I felt no pull backward in fear. There was no resistance in any direction whatsoever. She sounded knowledgeable, clear, and resigned. She looked…peaceful.

I liked her even more.

My admiration sprung up and it still grows for her today.

Now, years later, I know she had been practicing methods of Supreme Love. She had done deep excavations of her soul and body. She had met with the wounds rising up to be healed. She applied the Balm of Gilead to all that was within. She had learned to love herself with the love of God, instead of acting like she was doing it with catch phrases.

There was nothing missing.

There was nothing broken.

Now, through my research into Black women’s terror in love, and my own terrifying seasons, I have an idea of what she did to get to shalom. I’ve learned that when going into a pain body and examining the scope of a shadow effect, the pioneer will come in contact with the most terrorized parts of herself. She will find that the parts are a mess. The messy parts are the outcomes of her internal beliefs. Those beliefs will be comprised of voices and stories that are spinning in terror. She will find her own voices and stories, those of her parents, adult friends, former lovers, childhood friends, colleagues, siblings, abusers, strangers….the list is long and there’s no point in attempting to detangling it. It’s a cacophony. The belief system of voices and stories will need to be explored like a rainforest, an ocean, a desert, a mountain. It takes time, training, sustained intention, support, and it is an amazing, stunning, spectacular, painful, scary, illuminating, humbling, difficult, satisfying, triumphant adventure.

And, here’s the key:

Whatever you find in the deep excavations of your soul and body are yours.

It all belongs to you.

You can claim it, keep it, pack it up, or banish it. The thing that’s NOT ok is to call any of it not yours. You can’t evict where you have no authority of ownership. You can’t meaningfully and deeply revise what you did not author. Claim everything that’s in you, then make your choices about how to proceed.

What this sister (the testifier of terror and embodiment of shalom) did was this:

She claimed the slut she found as a part of herself.

NOTE: I understand how problematic the term “slut” is. I know what it’s supposed to do: shame women, de-sexualize women, diminish and render women as base, useless, logistical objects of disdain. It’s a supremacist patriarchal term that has been used to create distance between all people. I’m using it for two reasons. First, I’m using it for accuracy – it was used in the conversation I’ve described here. Second, I’m using it for illustration – it presents an integral point about healing through Supreme Love, which I clarify below.

So, when someone called her out on what she used to be, there was no rejection in her around that identity. She had already faced her truth. She didn’t say someone made her a slut. She didn’t say someone told her she was a slut. She didn’t deny that she ever was what one might call a “slut.” She knew she was a slut and she loved herself while she was a slut. She did not lie. She was not afraid of herself or embarrassed by herself. Because the slutty part of herself had been blessed just as she was, without contingencies for love, lectures about love, or directives to be different as a precedent to being loved she — the little slut — was able to rest, recline, and grow into Her newness. She received Supreme Love. She was seen honestly. She was held earnestly. She was heard completely. She was valued totally.

And she was healed.

Wow! She was a real slut!